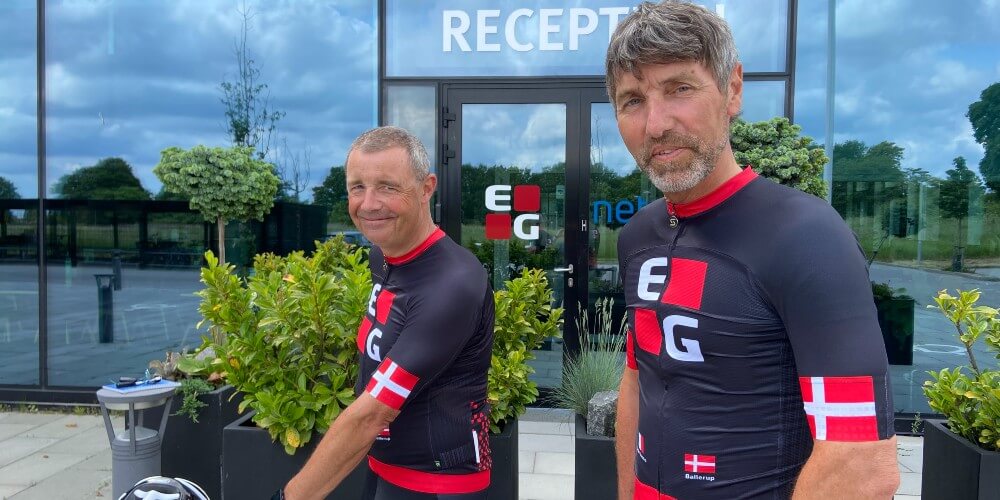 After 32 years, former professional cycling legend John Carlsen will once again try to conquer Gran Sasso, where he reached the peak of his career as winner of Stage 8 of the Giro d'Italia in 1989.

"My participation in the Giro in 1989 was the highlight of my cycling career as I won the eighth stage, which went from Rome to Campo Imperatore, Gran Sasso. The goal lay at the very top of a 27 km incline at a height of 2,400 metres," says John Carlsen, who at that time was the first Dane to have won a mountain stage in the Giro.

Today, John Carlsen works as an Industry Specialist in EG, but he has not given up on the dream of once again seeing the Italian mountain top over his handlebars:

"Since stopping my sports career in 1991, I have not been part of the cycling world. Instead, I chose to enter the business sector, and today I work in sales of advanced software solutions for the construction industry for EG, where I have been for 20 years now. However, cycling has kept me in shape and kept the dream of one day going to Italy and reliving the journey up Gran Sasso," says John Carlsen.

"When EG introduced a so-called Volunteer Day for all employees, where you can spend a day on voluntary work every year, it inspired me to ask whether I could spend the day cycling and whether EG would support my idea of reconquering the mountain with a sponsorship if the tour also supported a good cause.

Fortunately, EG came on board, explains John Carlsen, who has joined forces with the charitable organisation, SMILfonden, which works to make everyday life for seriously ill children a little better.

From EG Ballerup to Gran Sasso in 14 days

John Carlsen did not just want to fly to Italy. Instead, he decided to cycle all the way from Denmark, a trip of just under 2,200 km through Germany, Austria and then into Italy and along the Rimini coast to Gran Sasso with his friend, Kjeld Myhre.

Founded by Sisse Fisker, Smilfonden’s vision is to improve the lives of children with serious and chronic diseases.

The foundation creates valuable communities and improves the quality of life for families with seriously ill and chronically ill children with a variety of diagnoses. This is done by giving the children an important break from illness through social activities both in and outside hospital.

John Carlsen was born in Vinderød and is a former cyclist. He cycled professionally from 1988-1991 and was the first Dane to win a stage in the Giro d'Italia in 1989.

He has also participated three times in the Tour de France and twice in the Vuelta à Espana. John Carlsen currently works as an Industry Specialist in EG Construction.

EG has more than 1,500 employees, working primarily from locations in the Nordics and a shared development center in Poland.  We develop, deliver and service our own software to customers in the private and public sectors.

Find out more about EG