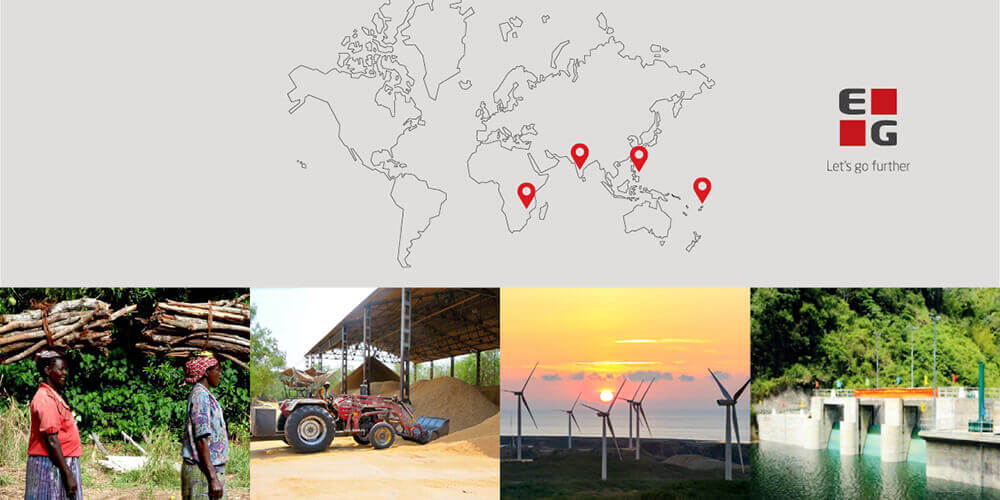 Four UN certified offset projects in India, Fiji, Philippines and Malawi has been favored as the recipients of the EG Climate Gift for 2021.

Every year the EG employees are offered the opportunity to donate their company Christmas gift for the climate, and EG doubles their donation. This year the climate donation was also made the default choice for employees who did not chose a gift themselves.

Three of the projects were favored by EG's employees because they replace fossils with renewable sources of energy in India, Fiji and the Philippines. The fourth project focus on supporting the everyday life within house-holds in Malawi.

"I appreciate the engagement of our employees in sustainable consumption both in industry and in private households", says CEO Mikkel Bardram, EG.

Read more about the four projects:

The purpose of the project activity is to collect and utilize available and unutilized waste biomass resource ef-fectively for effective generation of electricity for in-house consumption. The project activity which is a ‘carbon neutral fuel’ based cogeneration plant, is a 2.50 MW rice husk based cogeneration power plant generating electricity and steam thereby displacing power supplied from the Indian grid.

The Nadarivatu Hydroelectric Power Plant project involves the construction of a 42.0 MW hydroelectric power plant on the upper reaches of the Sigatoka river headwaters at the junction of the Qaliwana and Nakunuku rivers, in the interior of Viti Levu Island of Fiji.

The Burgos Wind Project is the largest wind farm in the Philippines. At the time it was built in 2014, it was also considered to be one of the largest wind farms in South East Asia. The 150-MW facility has fifty (50) Vestas V90 wind turbines, each with a rated capacity of 3 MWs.

This cook stove project is run by the UK charity RIPPLE Africa and benefits approximately 200,000 people in Malawi. RIPPLE has so far replaced about 40,000 traditional three-stone cooking fires with fuel efficient cook stoves. This project is reducing greenhouse gases emissions as well as preventing deforestation and respiratory diseases in the population.

All four projects are from the UN Carbon offset platform, featuring UNFCCC certified projects that reduce, avoid or remove greenhouse gas emissions from the atmosphere.

The projects are implemented in developing countries and are rewarded with Certified Emission Reductions (CERs), a type of carbon offset measured in tons of CO2 equivalent. The CERs are available for everyone to purchase to offset emissions or in support of the projects. The full contributions go directly to the projects.